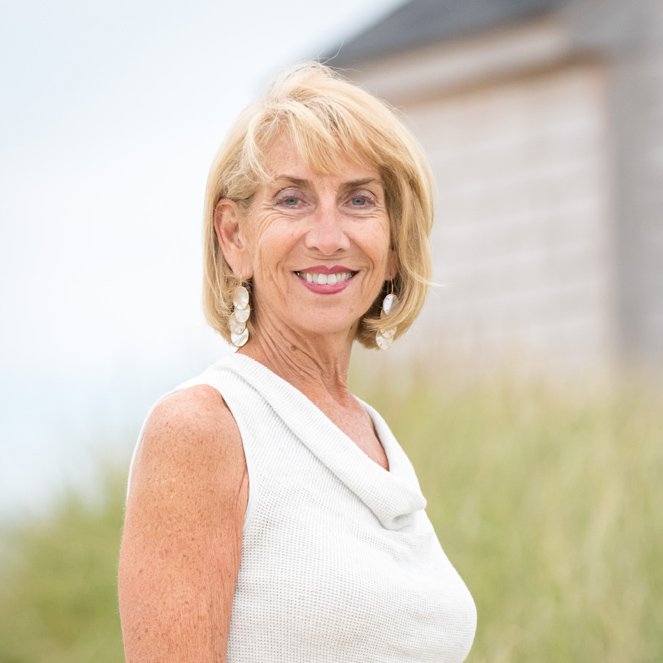 A native of northwestern New Jersey, Gloria Grimshaw has been a resident of New England for more than 35 years and has called Nantucket home since 1982. Real estate has been a main focus her entire time on-island. She began her real estate career with Lucille Jordan and has seen many changes in the intervening time. In 2007 she purchased the company with her business partner David Callahan, another long-time island broker. The transition from broker to principal has provided numerous challenges, allowing her to learn and grow in many new directions, as she now leads an office which thrives on team work and service.

Gloria holds the Nantucket community in high esteem and supports the island’s many worthy non-profits, both personally and professionally. She was involved with the MSPCA’s Capital Campaign and then served as a Council Member for 4 years. She was a Board Member of A Safe Place for ten years, serving as President for four of those years and Co-Chair of the organization’s major fund raising event. Gloria served as Secretary on the Board for Hospice Care of Nantucket and currently is a Board Member on the Nantucket Aids Network.

An avid exercise and outdoors enthusiast, Gloria can be found walking the many wonderful island nature trails with her dog Moxie, enjoying different beaches, mastering pilates exercises and joyfully dancing to upbeat music in her Zumba classes. When not on Nantucket, Gloria enjoys spending time with Bruce, her husband, and unwinds by preparing meals for extended family and friends.